Welcome to the new site!

New live dates have been added along with a ton of new features and material. It's great to be back playing in front of live audiences again. Feel free to CONTACT US HERE for any information about bookings, music, film scoring, writing, production, private lessons, the weather, or anything else you may want to chat about.

I want to thank everyone for your support over the years and look forward to seeing you all in person sometime soon! 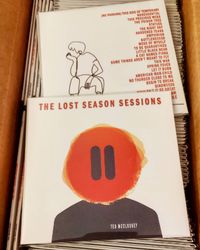 People have been asking me if and when I would have physical copies of “The Lost Season Sessions” records available and my answer has always been when I’m out playing again. Now that I am, I had to ask myself whether I had the financial means to release a 4 record set. The answer to that is clearly I don’t. However, the best idea I could come up with was to release a carefully curated 24 song collection from the whole series. Deciding on what songs would make this compilation was an insanely difficult process (like picking between your children) but all of these songs seemed to really flow together. I tried to get elements of all 4 records in the artwork and then package it as environmentally friendly as possible (kudus to the fine folks at @atomic.disc)

I hate to be self-reflecting (anyone that knows me knows that to be true) but I am insanely proud of this set of songs and the whole series. I somehow worked harder when I wasn’t working.

The record is now available at all shows or you can contact me here and I can hook you up.

“The Lost Season Sessions Vol.4: Let It Burn” is out now. 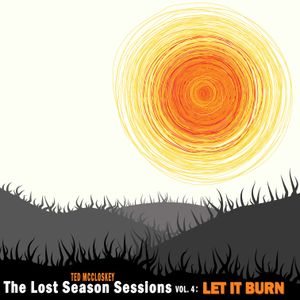 The whole concept of the “Lost Season Sessions” series was to release a new record for every season we were not playing out live. I might not have even started it if I knew I would be writing, recording, and releasing 4 records in a year. It’s a really insane idea when I look back at it, but it actually kept me sane through the last year.

This new volume, “Let It Burn”, deals with coming out of cold isolation and finally getting outside. However, the rush to go back out to everything we’ve been estranged from comes with a new set of problems. There’s trouble in the flora, fauna and lost souls that haunt the last, longest mile.

As with the entire Lost Season Sessions, I am incredibly proud to have made a cohesive, well-produced statement in such a short period of time.

You can listen HERE 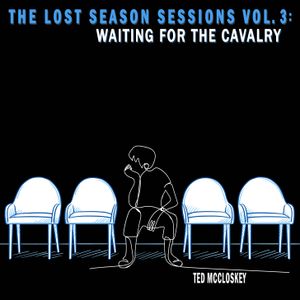 “Waiting for the Cavalry” is the third and latest installment of the Lost Season Sessions. It's about eagerly awaiting an ending and the doubt and lack of patience that goes along with it. This six song set (an EP thanks to emergency surgery) is a little departure in sound from the last record. Lush, dreamlike backdrops blanket a harsh reality. Although the words seem firmly entrenched in the present, the themes (as with the other Lost Season Sessions records) are universal.

I am incredibly proud to have produced such a pretty record in such a short period of time. I'm just waiting for the cavalry.

You can listen to it HERE 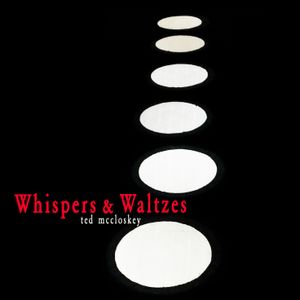 I am extremly proud to present "Whispers and Waltzes"

I rarely listen to my own music after it’s released but given my extraordinary amount of unemployed free time, I went through my back catalogue and made notes of some songs that really seemed to compliment each other. After putting together a playlist that really flowed well, I went back and remixed and remastered every song to seamlessly fit into one cohesive product. I just love the result. A lot of people know me as a loud, rockin’ idiot but this set of songs shows a whole other side.

This compilation (songs dating from 2001-2018) is a great way to get into my back catalogue in one curated album. Even if you own the originals, these are updated versions and the setting and sequence completely changes the experience.They really sound like they should be on an album together.

The album is exclusviely avaiable on Bandcamp. Here's the LINK 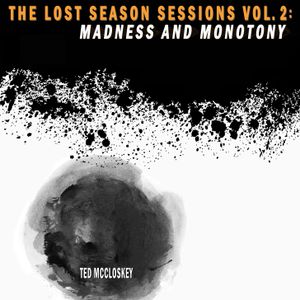 “The Lost Season Sessions Vol. 2: Madness and Monotony” was written and recorded between mid-June and early September— the summer of discontent. Although the shock has dissipated, I continue to struggle with not being able to play live shows regularly (I’m used to playing roughly 275 gigs a year). These last 6 months have been a mental and financial strain on me as I am sure they have been for a lot of you. To distract myself and keep a lifeline to sanity, I am writing and recording for most of my waking hours.

Volume 2 deals with the madness and monotony of life amidst a global pandemic and a political dumpster fire. As the record states: “time moves slow then all at once.”

Once again, I am incredibly proud to have created a cohesive, well-produced statement in an even shorter time frame than Volume 1. In addition to the ten new tracks, I’ve included last year’s single “(No Parking) This Side of Temporary” on this record as it’s somber outlook on financial displacement takes on an even bigger meaning now. This is a guitar record and is meant to be played LOUD

Check it out HERE 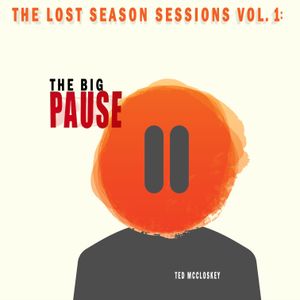 "The Lost Season Sessions Vol. 1: The Big Pause” was written and recorded during the lockdown months. Playing close to 300 shows a year and suddenly going from that workload to nothing has been a shock both mentally and financially. To distract myself and keep somewhat sane, I began writing and recording around 10 hours/day—it is very therapeutic for me. This record touches on the isolation, longing, and financial insecurity that many of us have been dealing with. (*Please note that this record was written and recorded before the heartbreaking events that occurred at the end of May).

I plan on releasing a record for every season I’m not playing live. I’ve already started working on Vol. 2—let’s just hope there aren’t too many volumes.

I am incredibly proud to have created a cohesive, well-produced statement in such a short amount time.

You can LISTEN HERE